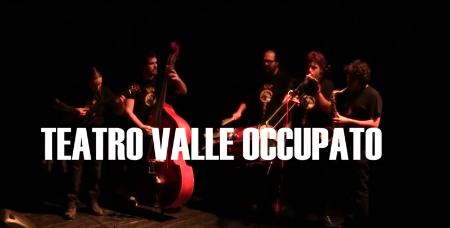 Occupying the Commons is a project supported by the International University College of Turin (IUC www.iuctorino.it/), a program dedicated to the study and practice of the Commons. The aim of the project is to explore the connection between the occupation movements of 2011 & 2012 with the paradigm of the « commons. »

The first part of the series begins with an Occupation in Rome at the Teatro Valle, the oldest theater in Italy and one of the most important theaters in all of Europe: www.teatrovalleoccupato.it/.

Music by: Errichetta Underground and Et_